What the Kids have been up to!

Playing instruments and making music has been in the family for as long as anyone can remember, so it was no surprise when Cadyn asked her grandfather to teach her to play the guitar. Her grandfather learned to play his old Gibson guitar by listening and watching others play, never actually learning how to read music. He is now passing on his love of music and favorite songs to the next generation in the same way that he was taught and, she is teaching Grampa to read a little music.

There is an important rite of passage in the ballet world- trying on that first pair of pointe shoes and taking that first pointe lesson.
Savannah made this transition effortlessly like she was made to dance on her toes.
There is just something magical about dancing in pointe shoes! For many girls (like Savannah) it is the first time that they actually feel like “real” ballerinas.

Last Spring, Cadyn decided that she wanted to raise chickens. She convinced her Grampa that they should build a coop together. They quickly decided that this was not going to be an ordinary coop- it was going to be a chicken PALACE! After hours and hours of work and ingenuity (Grampa owns a construction company, so the entire palace was constructed from previously used materials), the coop was nearly finished and ready for birds. Choosing the royal flock was tough, so many choices! Ultimately, Cadyn decided to include Silkies, Barred Rocks, White Plymouth Rocks, Golden Laced Wyandottes, Australorps, and Buff Orpingtons. Never having raised chicks before, Cadyn’s flock quickly realized that she was no ordinary chicken farmer. As young chicks, she carried them around everywhere, took them on the swing set and merry-go-round, and tried to teach them tricks. Now as adult birds, they are very docile and loving pets that still enjoy playtime with their favorite farmer. At the end of each day, the chickens are exhausted from all that play and happy to go roost in their 96 square foot palace. (They are the envy of all the neighborhood birds!) 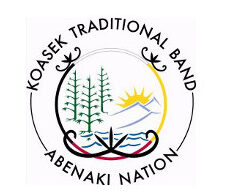